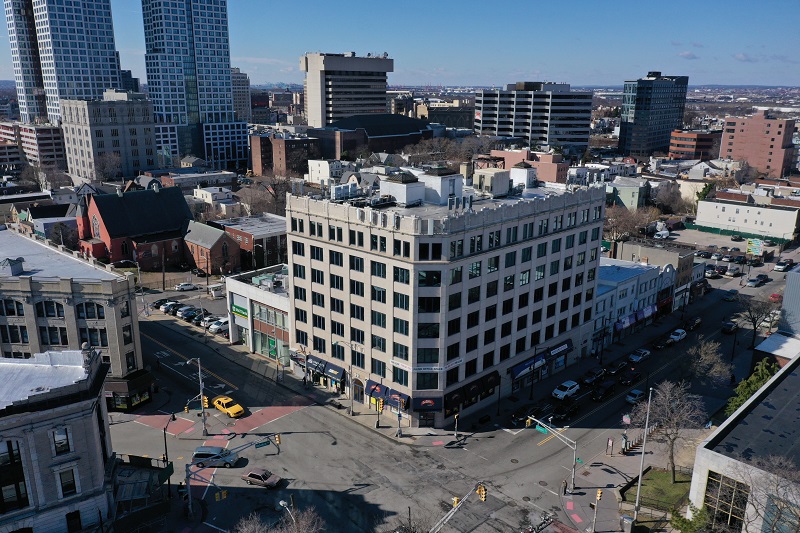 A vocational school has leased nearly 9,000 square feet at a historic commercial building in Jersey City, in one of several newly announced deals by Grid Real Estate.

In a news release, the brokerage team said the Garden State Technical Institute taking 8,739 square feet of office space at 591 Summit Ave., part of the city’s burgeoning Journal Square neighborhood. It’s among three recent closings and six over the past 18 months that have helped bring the Spingarn-Arcade Building to near full occupancy, with Grid representing ownership since late 2019.

At the time, the firm said, the building had minimal lease activity and had not seen any capital improvements in years. Grid led the overhaul of the existing spaces, drawing a wide array of office and retail tenants to the property.

“Located at five corners, blocks from the core of Journal Square, ownership knew we had to be undercut the market by a few dollars in order to fill up the building,” Grid’s Gregory D. Edgell said.

“Journal Square is in a transition period and though things are finally beginning to look like the renderings have been showing for the past decade, there still is a flight to value, not quality. Following the scare of onset-COVID 2020, the leasing velocity picked up and never slowed down.”

Other recent transactions include leases of 6,250 square feet by New Jersey Re-Entry Corp., 2,032 square feet by Riverside Medical and 5,786 square feet by Church World Services, according to a news release. Additionally, Avita Hope and Feintuch Porwich Feintuch have committed to 2,174 and 1,966 square feet, respectively.

“Grid’s team breathed life into 591 Summit Ave just at a time when the office market was taking a turn for the worse,” said Aharon Rabinowitz of Alliah Management.

“Throughout the pandemic when tenants were looking for space but were not seeing the value proposition in the higher-end product in the square, they found a viable, clean, and well-managed building at Spingarn. Our building at one point was strictly back office and light medical, though Grid was able to diversify our tenant mix with medical offices, law firms, creative agencies, and tech startups as well as two quality retail operations.”