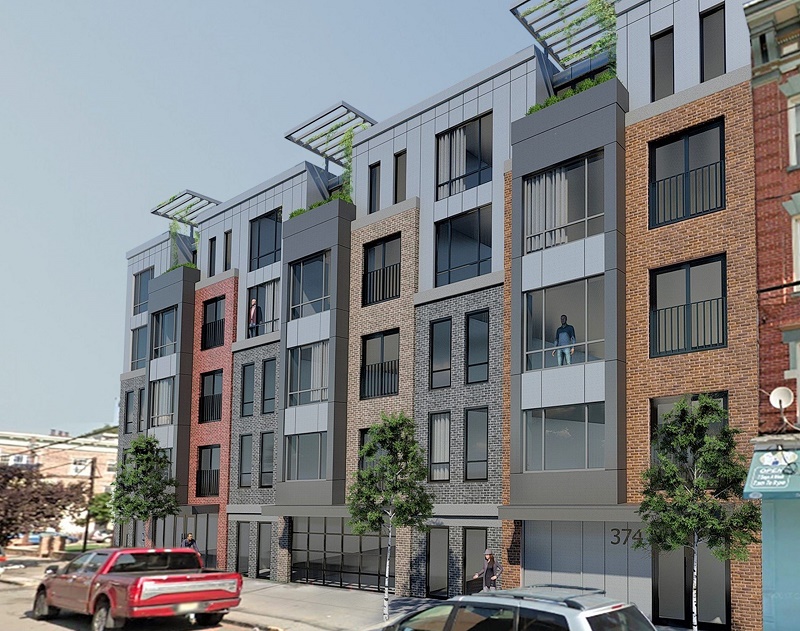 An investment group has expanded its holdings in Jersey City with the acquisition of a new boutique apartment building that is in the final stages of construction.

According to Grid Real Estate, which represented the buyer, Golden Glades Capital Management paid $16 million for the 40-unit property at 380 Communipaw Ave. The acquisition came before the building, developed and sold by Hoboken-based Six Boro Holdings, received a temporary certificate of occupancy, while the deal was supported by $12.5 million in financing sourced by JLL.

It also comes two years after Golden Glades entered the market and the city’s Bergen-Lafayette neighborhood with its purchase of BeLa, a newly built, 104-unit apartment building at 74 Maple St., for $53 million. The firm is specifically focused on areas that qualify as Opportunity Zones, a designation under federal law that provides tax benefits to investors in certain census tracts.

“Bergen-Lafayette development has been booming on the light rail stop for years though there has been no street level activation, retail or restaurants to amenitize the density,” Grid Real Estate’s Gregory D. Edgell said. “380 Communipaw Ave is in the heart of the retail corridor surrounded by new shops, famed restaurants and the city’s largest park. This area offers a more walkable neighborhood — the buyer is going to do very well here as the market continues to grow.”

Edgell completed the deal alongside Grid’s Bobby Antonicello. They noted that 380 Communipaw Ave. sits three blocks from Pacific Avenue and steps from Berry Lane Park, while benefiting from its proximity to the Hudson-Bergen Light Rail’s Johnston Avenue station. The project, which will feature a rooftop lounge and a mix of studio, one-bedroom and two-bedroom homes, is also surrounded by historic brownstones and walkable retail and restaurants.

“We were thrilled to continue our relationship with Golden Glades Capital Management and help them expand their portfolio in the Bergen-Lafayette neighborhood,” Pizzolato said. “Sound Point stepped up and offered an attractive floating-rate bridge loan that will allow our client to complete construction and stabilize this Class A multifamily asset.”