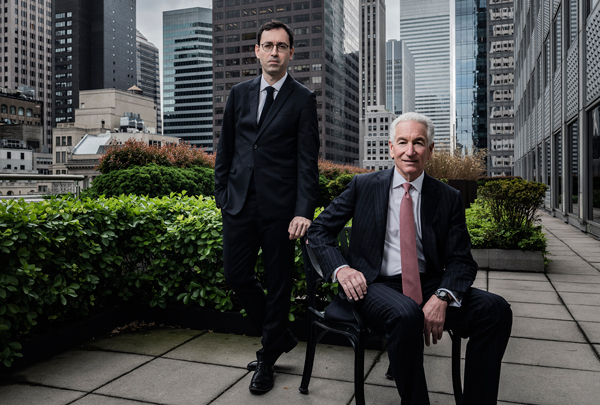 By Bobby Antonicello Jr.March 24, 2020No Comments

The multifamily market in New York City may have just suffered through one of its slowest years in recent memory, but things are not nearly as bleak across the river — particularly for Kushner Companies.

The First REIT of New Jersey portfolio was just the latest of several acquisitions Kushner Companies has made in the state in recent years, even as its planned project at One Journal Square in Jersey City has stalled out amidst a bitter feud between the developer and the city. The company has spent millions on properties along the state’s waterfront and is continuing its work on Pier Village, a mixed-use complex in Long Branch that it purchased with Gary Barnett’s Extell Development in 2014 for $200 million.

But the firm isn’t shying away from other markets. In May, it closed on a $1.1 billion portfolio of 6,000 apartments in Maryland and Virginia from the private-equity firm Lone Star Funds. It’s also got plans in the works for three major apartment projects in South Florida, building about 3,000 units at an estimated cost of $1 billion.

And although it recently rid itself of two major New York City projects, selling its 140,000-square-foot development site at 175-225 3rd Street in Gowanus co-owned by SL Green to RFR Realty and offloading the infamous 666 Fifth Avenue to Brookfield on a $1.3 billion 99-year lease, it still has multiple projects in Manhattan and Brooklyn.

Even so, New Jersey has been a linchpin in Kushner’s history over the past 40 years, and if its recent purchases are any indication, the state looks to remain that way going forward — even as some local observers say the company faces an uphill battle in winning over tenants.

“If the Trump name or the Kushner name is attached to a building, people tell me they don’t want to live there,” said one real estate agent who works in Northern New Jersey and asked not to be named so she could speak more candidly. “Most people are averse to the Trump and the Kushner family that live in this area, so it’s quite common that I get requests not to show them those buildings.”

Not everyone feels that way. Bob Antonicello, founder of the boutique brokerage and advisory firm Grid Real Estate, said that resistance to the Kushner name was very weak among the clients he deals with. Most do not have the luxury to make sure that their landlord has the same political beliefs they do, he said.

“When you mention, somehow, the politics, it’s a chuckle,” Antonicello said, describing the typical reaction he gets. “And they say, ‘Listen, it’s a great apartment.’”

Kushner Companies’ latest New Jersey multifamily purchase consists mainly of garden-style apartments, along with a high-rise in Hackensack called Pierre Towers. That property is the largest development in the portfolio with 266 units, while the Regency Club in Middletown has 132 units.

The deal should officially close during the second quarter of this year, and the firm intends to hold and renovate the buildings, according to Morali.

“It’s a supply-constrained market, and I think that’s what attracts us,” he said.

Rents at the buildings currently range from about $1,700 to $1,960 per month, and Kushner Companies hopes that the improvements it is planning at the properties, along with standard market-rate growth, will let it increase those rents moving forward.

“They vary property by property, and they will evolve over time,” Morali said of his company’s plans for the portfolio. “But it’s a combination of buying properties that are each very well located but may need some fresh capital to be invested to bring them to a more modern standard.”

The company framed the opportunity to acquire the First REIT of New Jersey portfolio as extremely rare, noting that quality real estate assets do not trade hands in the state very often. A report on the Northern New Jersey multifamily market from Institutional Property Advisors (IPA) predicted that in 2020, the region’s vacancy rate would drop to its lowest rate in at least two decades, with Class A properties in the area hitting a vacancy rate of just 5.8 percent.

The projections would seem to bode well for Kushner’s First REIT of New Jersey purchase and help explain why the firm views them as durable investments.

“I would say that we have a long-term view on each property and each of these submarkets,” Morali said. “So we will have a tendency to put long-term financing on each of them, which allows us to execute our business plan over a very long period of time.”

Jay Lybik, vice president of IPA’s research services, said the Northern New Jersey multifamily market is a very strong bet overall right now. While the towns that are home to the Kushner’s new properties may not attract as much attention as places like Hoboken or Jersey City, he doesn’t view it as a very risky purchase for the company.

“Those are all solid, long-term multifamily locations, without a doubt,” he said. “They’re not as sexy as something along the waterfront, but they’re just solid, good locations, which are always going to have good demand.”

Kushner Companies has recently purchased multiple sites in Long Branch, including a pair of single-family homes and the Bungalow Hotel, which it bought for $9 million. But the crown jewel of its portfolio in the oceanside town is Pier Village, a mixed-use project that it has owned with Extell for the past six years.

The project already includes hotel, residential and retail space, and its retail center includes more than 30 restaurants and other tenants including Lululemon, Playa Bowls and Charleston Shoe Company.

Kushner Companies expects to complete the development’s third and final phase in the coming months, and it has brought on commercial brokerage RIPCO Real Estate to lease and market 40,000 square feet of retail space in the complex.

One of Kushner’s overarching goals since acquiring the property has been to turn it into a year-round destination as opposed to a seasonal one, but getting tenants to understand and buy into this vision has proven to be challenging so far, according to Kushner Companies’ Nicole Kushner Meyer.

“This project is not just another real estate play,” she said in a statement. “It is our community and part of our DNA.”

RIPCO Vice President Michael Rawlins echoed this point, although he maintained they were still seeing significant interest in the complex from prospective clients.

“We don’t really want many pop-up shops or seasonal-type tenants,” he said. “We want people to support the community year-round.”

Kushner Companies also still hopes to construct its planned 66-story, two-tower project in Jersey City at One Journal Square, although that project has now spent years bogged down in controversy and lawsuits.

The company initially had WeWork signed on as an anchor tenant and partner for the project, but the co-working firm walked away from the development in 2017. Jersey City Mayor Steven Fulop then denied tax abatements for the project and declared that the firm was in default of the development agreement it had with the city.

Kushner sued Jersey City and Fulop in June 2018, alleging that they were discriminating against the company because of its ties to President Donald Trump’s administration, but a judge dismissed the lawsuit in August. The firm countered with another lawsuit in late October, once again accusing the city of persecuting the company because of Jared Kushner’s relationship with Trump.

Fulop’s office did not respond to multiple requests for comment.

The firm’s latest lawsuit is still working its way through the court system, but Kushner’s website says the $800 million project remains in development, and Morali reaffirmed that they still plan to build it.

“The bottom line is we’re moving forward with our Journal Square project, regardless of the lawsuits that we filed against the city,” he said, “so that’s that.”

“We’re always in the market, specifically in New Jersey, to buy quality multifamily properties in supply-constrained submarkets,” said Kushner Companies President Laurent Morali, “and so all of the submarkets where these properties are located check that box.”

The company, founded by Charles Kushner, has come under intense scrutiny in recent years over issues ranging from accusations of tenant harassment to conflict-of-interest concerns due to Jared Kushner’s high-profile job in the Trump administration. The firm is currently battling with the Maryland attorney general’s office over claims that it harassed tenants in 17 Baltimore-area multifamily properties.

After all of the bad press around some of its properties in New York and Baltimore, the firm’s latest purchase targets tenants on its home turf.