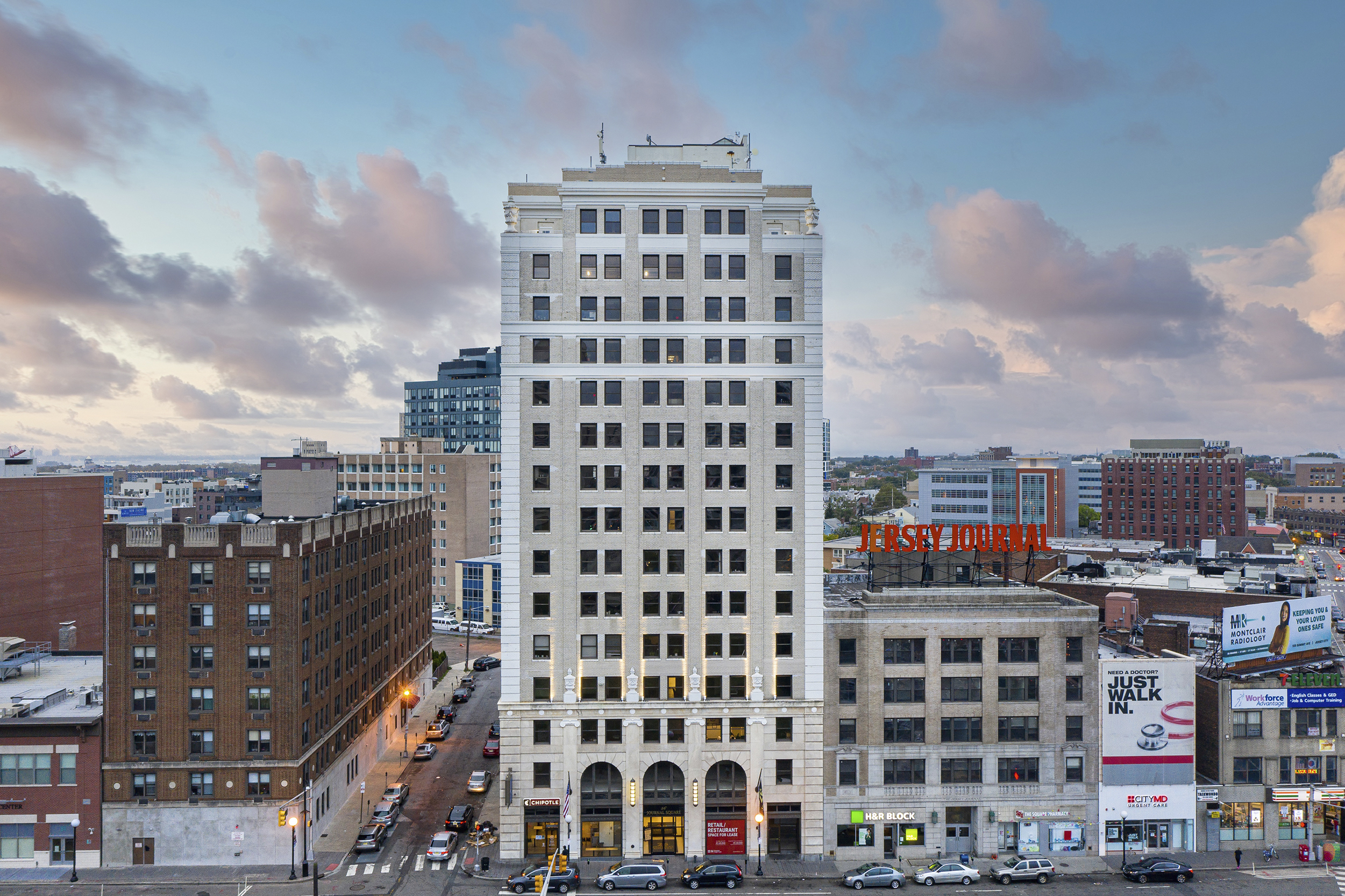 30 Journal Square, formerly the longtime home of The Jersey Journal, would go through quite a metamorphosis under a plan set for adoption by the City Council as early as next week.
Much of the building would look the same, but a pedestrian walkway with retail shops on both sides would cut through the ground floor and lead to a 1,400-square-foot public plaza behind the building. Also behind the existing building would sit a massive residential tower facing Enos Place and Newkirk Street that would have no height restriction.
One thing that wouldn’t change is the iconic Jersey Journal sign that sits atop 30 Journal Square. The plan would require developers to keep it.
The changes up for approval by the council are revisions to a Journal Square redevelopment plan. Specific plans for 30 Journal Square would still need to be approved by city planners.
Rich Boggiano, who represents Journal Square on the City Council, approves of the plan, saying no height restrictions would likely lead to a taller but thinner tower than current zoning laws allow. Boggiano said the developers are planning to build a tower about 60 stories high.
“It’s a nice project,” he said. “They’re willing to put a park in there for the people.”
The plans are set for approval as Journal Square is in the middle of an unprecedented building boom. KRE Group is one year away from finishing a 54-story tower on the north end of the Journal Square PATH transportation hub, the first of a three-tower project called Journal Squared. Kushner Companies and KABR Group, meanwhile, are planning to construct two high-rises on the southern end of the PATH hub. Kushner Companies and KABR Group are developing One Journal Square.

Further west, developers are planning as many as 600 residential units on theformer site of Puccini’s on Broadway. One half-mile south of the PATH hub, nearly 1,000 units are planned for the old Mueller’s pasta factory.
Kushner Companies and KABR Group own 30 Journal Square, which they purchased in 2012. The Jersey Journal called the building home for nearly 90 years before moving to Secaucus in 2014.
Jared Kushner has said plans for a residential high-rise on the site are on the back burner as he and KABR focus on his two-tower project across Sip Avenue.